FOIS 2018 will have three keynote speakers:

Details of the speakers and the keynotes can be found further below on this page.

The fourth keynote listed on this page, by Arianna Betti has been moved to FOIS 2020 for various reasons. 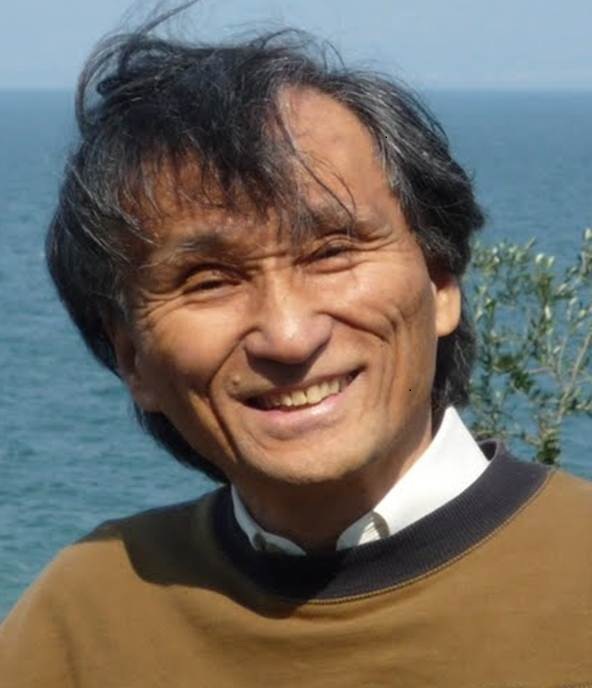 While working on ontology engineering for about 25 years, I think I  unconsciously acquired my own methodology of ontology engineering. It is what I call “State-centric” methodology. My background is AI and Engineering rather than logic or philosophy and it must have been driving me to understand the reality in terms of state which is the heart of General Problem Solver (GPS). All my papers on roles, functions, processes/events and causation published in Applied Ontology clearly show the utility of the state-centric methodology. My treatment of context seems rather unique, since I claim any object as a whole provides its parts with a context in which each of them plays the assigned role to make their collection to be a unitary whole. The notion of a non-intentional goal together with the systemic context as its  concretization works very well to capture temporal entities. The success of unified definition of biological and artifact functions is largely based on this idea. Device ontology which I have devised for enabling to capture dynamic and complex phenomena in a consistent manner has been exploited in many of my work on function. It is a role assignment system and fully state-centric. In my recent work on causation, I’ve realized that any causation C->E can be mapped onto a function in which E is a non-intentional goal in the systemic context associated with C->E. The new functional talk of causation is fully state-centric which contrasts with the common idea that state should be excluded from the relata of causation. I found the essence of causation exists in an occurrent in the form of <Event cause State> where State is the resultant state of the Event. In my talk, I will discuss the state-centric methodology through typical achievements on roles, function, processes/events and causation.

Riichiro MIZOGUCHI received Ph.D. degree from Osaka University in 1977.  He had been a full professor of the Institute of Scientific and Industrial Research, Osaka University from 1990 to 2012 and is currently a research professor of Research Center for Service Science, Japan
Advanced Institute of Science and Technology (JAIST). His research interests include Non-parametric data analyses, Knowledge-based systems, Ontological engineering and Intelligent learning support systems. Dr. Mizoguchi was President of International AI in Education Society and Asia-Pacific Society for Computers in Education from 2001 to 2003 and President of Japanese Society for Artificial Intelligence (JSAI) from 2005-2007. He received honorable mention for the Pattern Recognition Society Award, Best paper award of the Institute of Electronics, Information and Communication Engineers, 10th Anniversary Memorial Paper
Award of JSAI, Best paper award of ICCE99, Okawa Prize (Ontological Engineering), Best paper award of JSAI, Best paper award of ICCE2006, and Best paper award of Japan Society for Information and Systems in Education, Best paper award of JSAI in 1985, 1988, 1996, 1999, 2005, 2006, 2006, 2010 and 2012, respectively. He was Vice-President of SWSA (Semantic Web Science Association) and Co-Editor-in-Chief of J. of Web Semantics from 2005 to 2009 and from 2008 to 2011, respectively. He is currently associate editors of ACM TiiS and an editorial member of Applied Ontology. 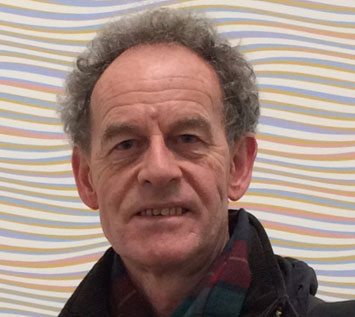 Perceptions, thoughts, pictures and expressions are all typically about something. In mental cases the relation is called intentionality, in pictures depiction, in expressions denotation. The nature of this aboutness has long been a topic for philosophical puzzlement and controversy. Whether it requires the existence of a kind of thing, quality or relation not found in inanimate nature, whether it analysable, whether it comes in one or many forms, are all matters of dispute. The ontology of aboutness has to be at least plausibly conjectured if its features are to be represented within information systems that are sophisticated and capable enough to themselves represent representation. It falls therefore to the ontologist to investigate the entities and factors required and suitable to capture the form and matter of representation. This is no straightforward task, and there are many pitfalls. But it is a task that must be taken up if ontologies and the information systems that employ them are to advance to a stage where conjecture, diversity of opinion, (mis)information, uncertainty, falsehood, error, revision, contradiction and correction are to be smoothly represented and reconciled, and linked, as they must be, to action and decision, whether natural or artificial. Looking for help past and present, this paper sets about addressing that difficult task.

Peter Simons is Emeritus Professor of Philosophy at Trinity College Dublin, having previously taught in Bolton, Salzburg and Leeds. He specialises in metaphysics and ontology, pure and applied, with a sideline in the history of philosophy and logic in Central Europe. His interest in applications led to collaboration with software designers and engineers, among others. The author of the definitive treatise Parts, four other books, and some 300 papers, he is a member of the British, European, Irish and Polish Academies. 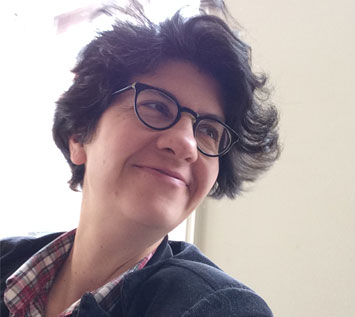 Semantic Web techniques for the study of large-scale philosophical corpora

In this talk I present a novel, experimental and ongoing application of ontologies developed within *eIdeas*, a project aiming at creating a computational methodology for the history of ideas. The overall goal of *eIdeas* is to scale up research in humanities fields concerned with tracing concept drift in large textual corpora without sacrificing interpretive depth. The core idea is to combine top down and bottom up computational techniques, namely conceptual modelling for (expert) knowledge representation via description logics on the one hand, and NLP techniques (mostly word embeddings) on the other hand. In the application I will introduce, we use semantic web techniques (ontologies and reasoners) to help experts decide in favor or against alternative philosophical interpretations of a well-defined textual corpus. The corpus consists of a substantial part of the complete *oeuvre* of an important 19th century thinker, the Bohemian polymath Bernard Bolzano (1781-1848). I will cover general methodological considerations, validation, and results, and wrap up with challenges and future work.

Arianna Betti is Professor and Chair of Philosophy of Language at the University of Amsterdam, Institute of Logic, Language and Computation. After studying historical and systematic aspects of ideas such as _axiom_, _truth_ and _fact_ (_Against facts_,   MIT Press, 2015), she now endeavours to trace the development of ideas such as these with computational techniques in a strongly interdisciplinary setting. She did research at the universities of Krakow, Salzburg, Graz, Leiden, Warsaw, Melbourne, Lund and Gothenburg and held research grants among others from the European Research Council, the Italian CNR, the Dutch NWO, and CLARIN-NL. She has been a member of the Young Academy of the Dutch Royal Academy KNAW, of the Global Young Academy, and other international organisations dealing with research policy and topics such as science and society, open access and sustainability of research. 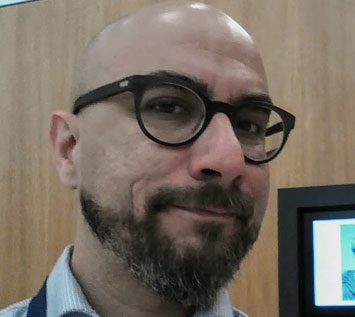 Ontologists build formal models to understand the structure of reality. The fun starts – and I had a lot of it back in the PhD days! – when Formal Ontology is applied to understand the structure of what we indisputably use to understand reality itself: the mind. Philosophers have spent lifetimes hovering over this conundrum, I stopped more than a decade ago: but, fast-forward to the present, I’ve been busy with a not-so-distant, and yet more mundane, problem: building ontologies for AI.
My work focuses on engineering ontologies that can be integrated with the artificial minds’ “substrata”, i.e. deep and shallow neural networks, and with the processes these bring about, all of which can be pretty much boiled down to pattern recognition.
In this talk I will describe how ontologies can be effectively used in data-driven AI frameworks: I will argue that, in order to progress towards Explainable AI, it is necessary to design hybrid systems that integrate human-accessible machine representations with neural machines.
Rather than concocting a philosophical theory, I will build my argument by illustrating core results from some of the projects I’ve been involved in, at Carnegie Mellon first and, more recently, at Bosch.

Alessandro Oltramari is a Research Scientist and Project Lead at the Bosch Research and Technology Center in Pittsburgh (USA), working on hybrid AI systems in the context of Internet of Things. Prior to this position, he was a Research Associate at Carnegie Mellon University (2010-2016), where he specialized in the integration between knowledge based systems and cognitive architectures. His work at CMU – funded by DARPA, NSF, ARL among the others – spanned from machine vision to robot navigation, occasionally arousing interest in the press (CNET, Forbes). Alessandro received his Ph.D. in Cognitive Science from the University of Trento (Italy), in co-tutorship with the Institute for Cognitive  Science and Technology of the Italian National Research Council (ISTC-CNR). His interest in ontologies stems from a decade-long collaboration (2000-2010) with the Laboratory for Applied Ontology (LOA), headed by Nicola Guarino. Alessandro was Visiting Research Associate at Princeton University in 2005 and 2006, where he worked with Christiane Fellbaum and George A. Miller on restructuring the computational lexicon WordNet using formal ontology analysis. The author of about 70 scientific articles, 10 book chapters, and editor of 3 books, he is member of AAAI, IAOA and regularly serves in the program committee of international conferences like ISWC, ESWC, LREC and ACL.

Alessandro has been living in Pittsburgh since 2010, with his wife Laura
and his rescued dog Lady.